“Don’t be fooled by the playful titles, there are some genuinely boot stomping tunes – terrace anthems that Beady Eye or High Flying Birds would sell each others brothers to have written” -Dave Collins-

“Let’s make this clear, although the album is essentially a celebration of Slade and all things Glam Rock, it is no comedy album. The songs are fine listens, the lyrics have depth behind the barbs and humour. It doesn’t take itself seriously, no bad thing in these days” -Don Valentine-

“Frankly, taping the Hiss has a lot of elements that I don’t generally enjoy on records: studio chatter, spoken word pieces, and songs about Slade. But the album is a delight… The music has great melodies, singalong choruses, and satisfying crunchy guitar… Plus, the album is a hell of a lot of fun” -Jay Nachman-

-Single of the Month-

“People you should buy this album, great tracks, funny, nostalgic and great tunes. With some poetry thrown into the mix. I can’t pick a favourite but some made me chuckle, some a smile. I had reservations about this album. But having a proper listen blew all that away. Probably the best £8 I’ve ever spent” -Chris Roberts-

“Got my Taping The Hiss CD today. Loving it . Thanks for doing this guys it really strikes a chord with me, lyrics so very true. However I used to work in a care home and I know full well that ‘The Care Home Weekly Wednesday Glam Rock Singalong’ is not so ‘Far Far Away’, Lol. Love Coz We Luv You and if there is a G(N)od you will have a Xmas number 1”
-Bill Thomson- 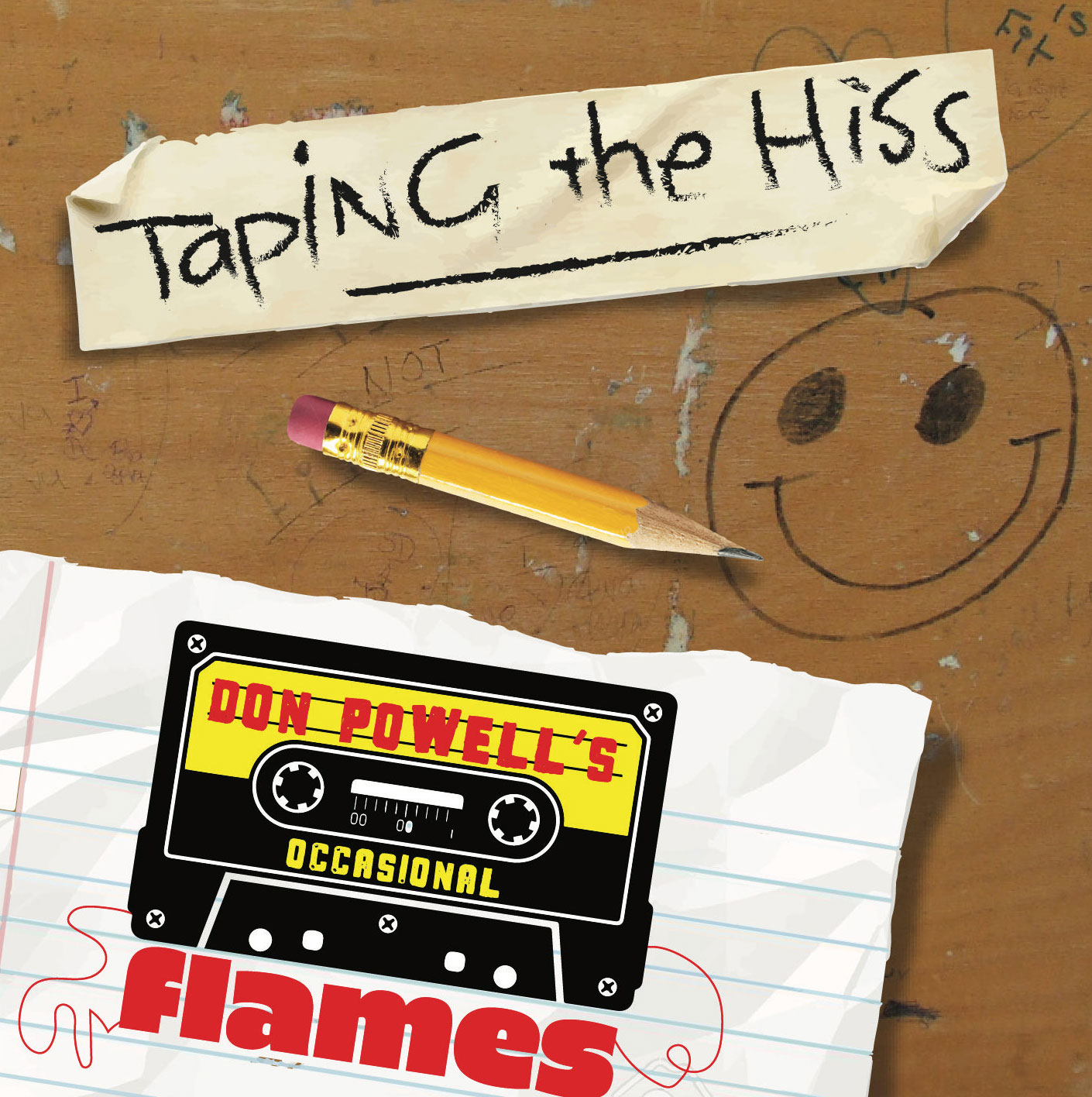